To identify the mechanism of histone replacement during the preimplantation stage, we investigated the effect of knockdown of histone chaperone CAF-1 that mediates the replacement of H3 .3 with H3 .1 /H3 .2. The results showed that CAF-1-deficiency resulted in derepression of multiple classes of retrotransposons (ATS) and led to embryonic lethality in morula embryos (Fig. 1). Inhibition of retrotransposon activity under treatment with reverse transcriptase inhibitors partially rescued P150-knockdown embryos.
ChIP analysis indicated significant enrichments of repressive histone marks at RT regions in morula embryos. We found that CAF-1 was essential for RT silencing by accumulation of repressive histone marks H4K20me3 and H3K9me3 on RT in preimplantation embryos (Fig. 2).

Fig. 1 Embryonic lethallity at the preimplantation stage by CAF-1 knockdown at embryonic day 4. 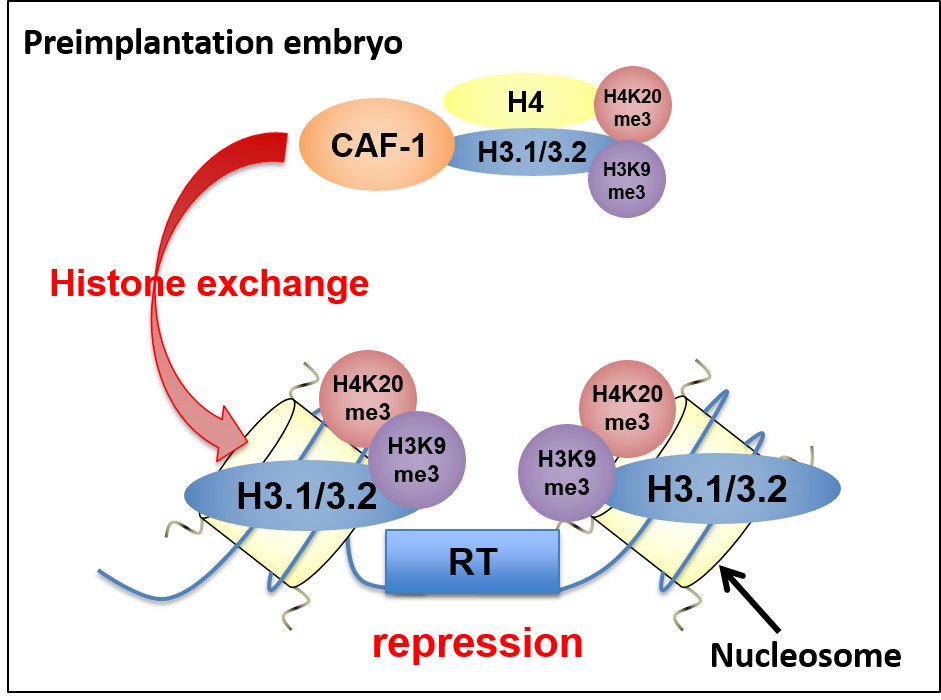 Fig. 2 Schematic model of the mechanism of RT silencing by CAF-1

To identify genomic regions that can lead to a high genomic plasticity in a mouse inbred strain, 129, we produced cloned mice using somatic cells from consomic strains in which candidate chromosomes were substituted with those of 129 under the C57BL/6 background. As a result, cloned mice from one of these strains showed characters specific for 129.
We will narrow down candidate genes on this choromosome in near future.

To establish a marmoset microinsemination system using first-wave male germ cells, we examined whether marmoset male germ cells at different stages retrieved from immature testes, had the oocyte-activating capacity.
Testicular tissues from 8 and 10-11 month-old marmosets contained up to the secondary spermatocytes and early spermatids.
We found that late spermatids, but not early spermatids, had the oocyte-activating capacity. 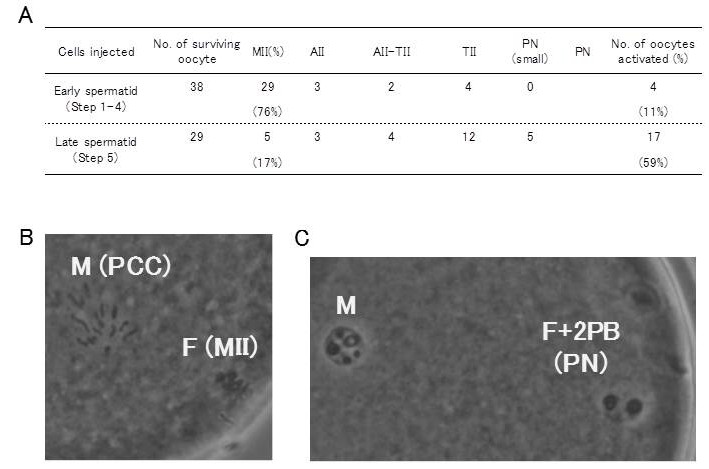 Oocyte that proceeded to telophase II or further at 3 h after injection were considered to be activated. Late spermatids activated mouse oocytes (59%) but most early spermatids failed to activate them (11%). 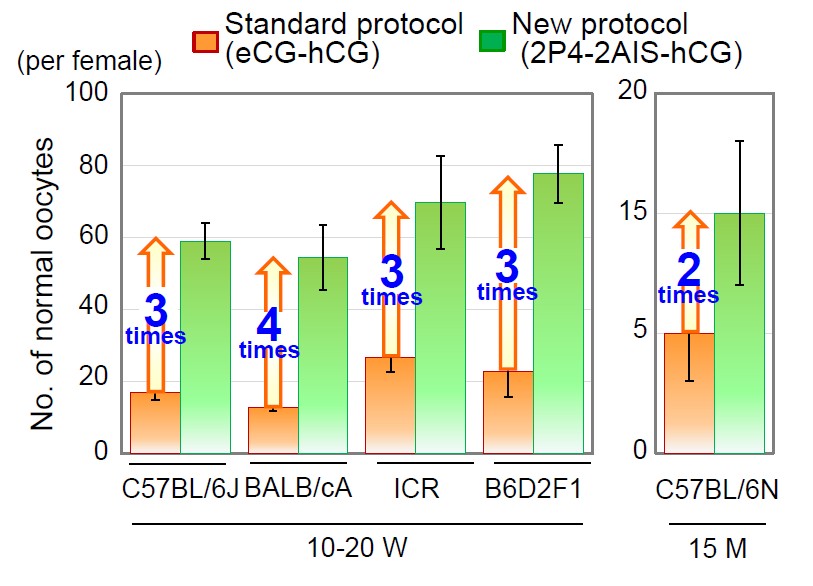 To understand the mechanisms underlying the maintenance of the stemness of trophoblast stem cells, we analyzed the gene expression profiles and the chimera-contribution ability of different colony types. Cell lines with the B6 and ICR strain backgrounds were used. TSC colonies could be classified into five types by their morphology (Fig. 5): type 1 being small, compact and dome-shaped; type 2 being compact and flattened; type 3 being similar to type 2 but with loose and multilayered cell clusters in their centers; and type 4 being similar to type 3 but with an extensive multilayered area; type 5, with a sparse monolayered appearance. Type 1 colonies were predominantly composed of the smaller cells, having irregular contour because of small cytoplasmic protrusions (pseudopods) on the surface (Fig. 5). A time-lapse analysis indicated that type 1 colonies predominantly appeared after passaging, and a single type 1 colony gave rise to all other types. Furthermore, we found that Elf5 rather than Cdx2 can be used as an undifferentiation marker. When aggregated with fertilized embryos, cells from types 1 and 2, but not from type 4, distributed to the polar trophectoderm in blastocysts. These findings indicate that cells typically found in type 1 colonies can persist indefinitely as stem cells and are responsible for the maintenance of TSC lines. 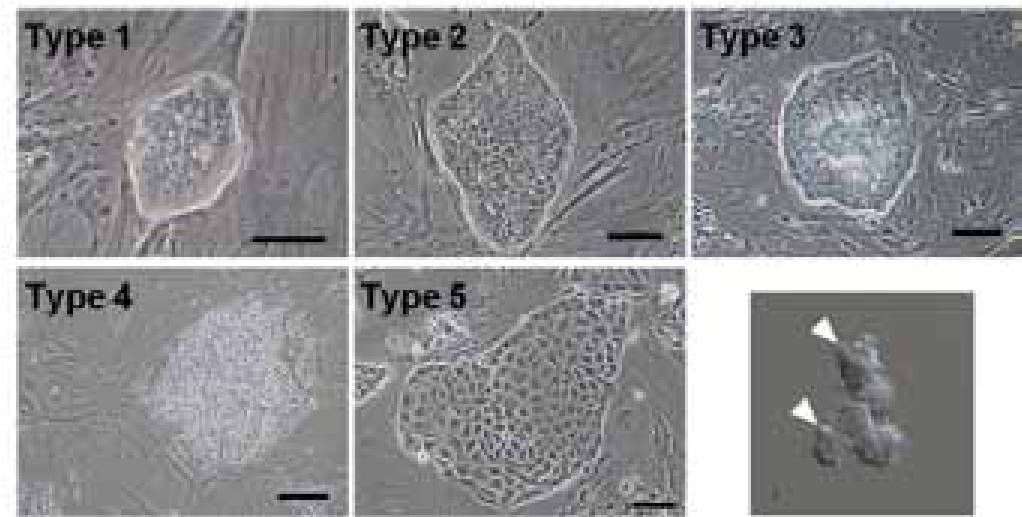 Fig. 5 Colony types that appear in trophoblast stem cells. We identified that type 1 is the most undifferentiated type,based on the observations of colony type transitions and gene expression profiles. The photo right bottom show typical cells com posing type 1 colonies. They have an irregular shape and small pseudopods (arrowheads).